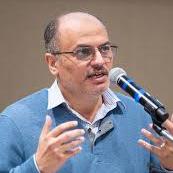 Biography: Prof. Alaa Sheta is currently working as an Associate Professor at the Computer Science Department, Southern Connecticut State University, New Haven, CT, USA. He received his B.E., M.Sc. degrees in Electronics and Communication Engineering from the Faculty of Engineering, Cairo University in 1988, and 1994, respectively. He received his Ph.D. from the Computer Science Department, School of Information Technology and Engineering, George Mason University, Fairfax, VA, the USA in 1997. Prof. Sheta published more than 120 journal and conference papers. He successfully graduated about two dozen M.Sc. graduate students together with several Ph.D. students in the USA, UK, and Syria. He also published two books in the area of Landmine Detection and Classification and Image Reconstruction of a Manufacturing Process by LAP LAMBERT Academic Publishing. He is also the co-editor of the book entitled,” Business Intelligence and Performance Management - Theory, Systems, and Industrial Applications” by Springer Verlag, United Kingdom, published in March 2013. He received the Best Poster Award from the SGAI International Conference on Artificial Intelligence, Cambridge, the UK in December 2011 for his publication on Quality Management of Manufacturing Processes. He received funding from many national and international agencies in Egypt, Saudi Arabia, Jordan, and the USA. He is the founder and Chairman of the Advanced Computation for Engineering Applications (ACEA) workshop. The workshop was organized five times in Egypt, Jordan, and Saudi Arabia. He was nominated as the Program Chair of the Science and Information Conference 2013 sponsored by the SAI Organization and Co-Sponsor by the IEEE Computational Intelligence Society, London, the UK in October 2013. He has been an invited speaker at many national and international conferences. He was a consultant for the Ministry of Communication and Information Technology, Egypt in the years 2002-2004. During then, he was the Vision Group Leader for the Information Infrastructure Program and project manager of the Economic Activities Project developed in collaboration with the Egyptian Ministry of Agriculture and both the Cancer Registry Network and the Telemedicine Projects with the Egyptian Ministry of Health. He was also hired as a part-time consultant by the UNDP for the Smart School Pilot Project in the year 2003. Prof. Sheta is a member of the IEEE Evolutionary Computations and ACM societies. He was the Vice President of the Arab Computer Society (ACS) in 2011. He held many management positions during the years 2006-2009. He was the Vice Dean of Prince Abdullah Bin Ghazi Faculty of Science and Information Technology, Al-Balqa Applied University (BAU), Jordan (2008-2009), and the Dean Assistant for Planning and Development, College of Information Technology, BAU, Jordan (2006-2008). His research record includes more than 150 conference and journal publications, 6 book chapters, and 3 books. He is an Associate Editor of the International Journal of Advanced Computer Science and Applications (IJACSA) and the International Journal of Computational Complexity and Intelligent Algorithms. He has 22 years of experience in the area of Evolutionary Computation, Modeling and Simulation of Dynamical Nonlinear Systems, Image Processing, Robotics, Swarm Intelligence, Search Algorithms, Optimization, Automatic Control, Fuzzy Logic, and Neural Networks.