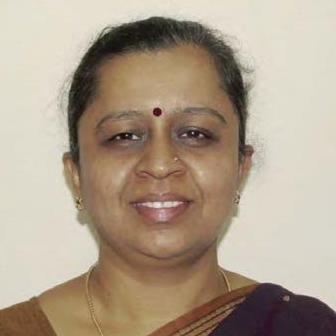 Biography: Dr D N Sujatha completed Ph D in Computer Science from Bangalore University in 2009. She has published over 25 papers in refereed international journals and Conference Proceedings and has over two and half decades of experience in teaching. She is currently working as Professor, Department of Computer Applications, B M S College of Engineering, Bangalore. Additionally, she is also serving as the Executive Director at the Board of IT Education Standards supported by the Government of Karnataka. She is also instrumental in setting up the Innovation Cluster Lab where she mentors young students and academicians. She is a Senior Member of IEEE, ACM and IACSIT. Her topics of interest include Multimedia Applications, Mobile Adhoc Networks and the Internet of Things. She has worked as tutorial chair for International Conference on Information Processing, since its inception in 2007 till 2019. She has chaired various sessions in International conferences. She is the reviewer for International Journal of Computer Theory and Engineering. She is the Remote Centre coordinator for BMSCE for National Mission on Education through Information and Communication Technology carried out by Indian Institute of Technology, Bombay with the support of Ministry of Human Resource and Development, Government of India. Prof. Sujatha has served as the Branch Counsellor of BMSCE-IEEE SB from 2012 to 2014. During her tenure as the Branch Counsellor, she was chosen as the IEEE Outstanding Branch Counsellor within IEEE Region 10. She was the Founder-Chairperson of the Women in Engineering (WiE) affinity group at BMSCE. Between 2016 and 2017, she also served as the WiE (Women in Engineering) Chair at IEEE Bangalore Section. In 2019, she was the recipient of IEEE Bangalore Section's Outstanding Volunteer Award as a recognition of her outstanding contribution to WiE. Currently, she is serving as the Co-Chair of Students Activity Committee at IEEE Bangalore Section as she is committed to encourage more student participation within the IEEE family. She is one of the Top Five Performers of IEEE Bangalore Section Execom 2020. Prof. Sujatha has contributed to many International Conferences and Summits such as the IEEE WiE Leadership Summit 2019, Bangalore (as the Chair), the 5th IEEE International Conference on Electrical and Electronic Engineering 2019, Bangalore (as an Organizing Chair), IEEE WiE Leadership Summit 2017, Goa (as the Program Chair), IEEE Conference on Consumer Electronics 2017 (as the WiE chair), WiE Global Summit 2016 (as the Local Arrangements Chair), WiE Mini-Conference during 10th IEEE Advanced Networks & Telecommunication System 2016 (as the WiE Co-Chair). Prof. Sujatha has also been invited to give talks and adjudicate academic contests at various events including the MIT Inclusive Innovation Challenge.