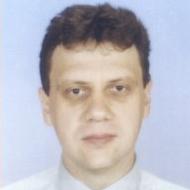 Biography: Professional experience: Received his PhD in Computer Science in the area of Pattern Recognition, from "Politehnica" University of Timisoara, in 2001. His main research interests are in: combination of image processing, artificial intelligence, neural networks and database management systems in providing a safer operating experience within existing and future operating systems. His professional experience includes stages abroad in different mobility projects, a three year stage as visiting lecturer at University of Limerick, Ireland, between 2001 and 2004, where he was responsible for several modules, including one he newly introduced, namely Data Mining and Knowledge Discovery, also he has strong links with the industry by fulfilling different consultancy and management positions (he is the acting IT Director of European Drinks Group, from 2004). Member of several research groups (Data Communications Security Research Group – University of Limerick, Data Mining research group at University of Oradea, Department of Computer Science), director of 2 and member of several international projects (such as: CMSF631, “Unified Verification for Security Protocol Design”, University of Limerick, Ireland, 2007-2010, CNCSIS no. AT 44, “Applications of Data Mining in the Decision Making Process” 2004-2005, PN II, no. 21-036 A, 18.09.2007, partner P1 -Universitatea din Oradea, “Energetical sustainability of a local community using air flows”, 2007-2010, TEMPUS IMG-96-RO-2041 in collaboration with Coventry University, UK, ”Texture based image characterisation”. 1996-1997). He is author/co-author of 9 books, and of over 85 published papers, many of them in journals and international conferences.