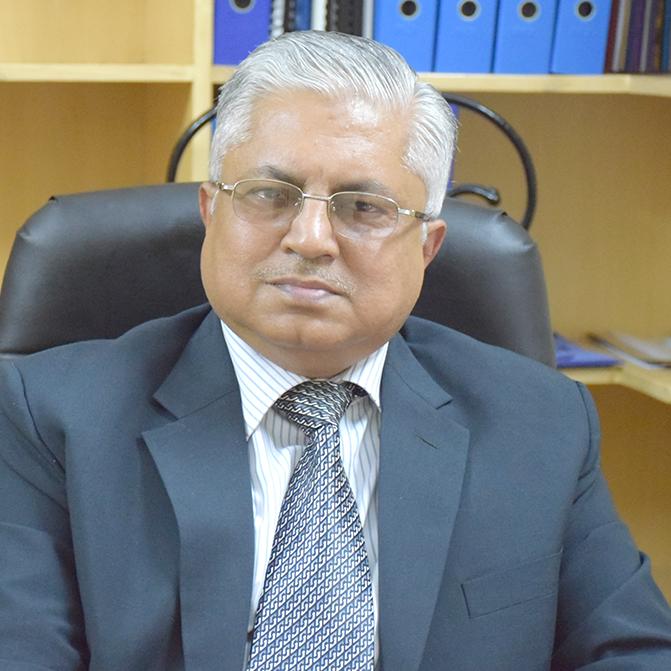 Biography: Dr. Altaf Mukati obtained his B.E. degree in Electronic Engineering from N.E.D. University in 1981 with CGPA of 3.96. The Ministry of Science & Technology had awarded him Graduate Scholarship in 1987. He joined Boston University, USA and completed his MS degree and his PhD course work in 1989 in the field of Computer Engineering. Later he completed his PhD research work from Hamdard University Pakistan in 2007. His dissertation on “Improved techniques to obtain fault-tolerant semiconductor memories based on error control coding” was from University of Southampton UK and Nanyang Technological University, Singapore respectively. Of his 34 years’ of career, he has been associated to R&D and Education. He has received “Best Teacher” and “Best Researcher” awards many times. The Higher Education Commission of Pakistan has also awarded him “Best University Teacher Award – 2010”. He worked for 17 years at SUPARCO which is National Space Agency of Pakistan. He worked on various National level projects, such HATH missiles & BADR-B Satellite. Dr. Mukati joined Hamdard University in the year 2000 and worked there until 2008 as Head of Electronics & Computer Engineering Department. He then joined Bahria University and worked there for five years as a Professor and Dean of Engineering. In 2013, he joined SZABIST, initially as a Dean of Computing and Engineering Sciences, and in 2015, he has been promoted to the position of Vice President (Academics). Dr. Mukati has produced several research articles for the ISI-Indexed research journals and International Conferences. He has authored four books. One of his book on “Fault Diagnosis & Testing of Digital Circuits” published by Higher Education Commission, Pakistan is well-recognized and is included in the MS syllabus of Computer Engineering program. This book had brought a Gold Medal for him from South Asia Publication (SAP). He has participated in a number of research conferences, both in Pakistan and abroad. He has been a member of several international committees. He has also been a member of HEC-National Curriculum Review Committee of BS(IT), MS (IT), BE & MS (Computer Engineering) programs. He is an expert and convener of Pakistan Engineering Council.